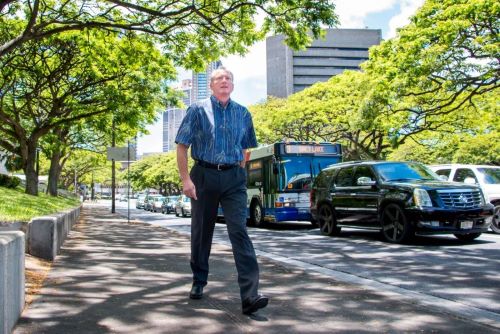 By: Jeff Shonka, President and CEO of First Insurance Company of Hawaii

The relentless advances in technology make it difficult for most of us to stay current. Even the most up-to-date, well-connected members of the millennial and "z" generations must find it challenging to keep track of all of the ways that new technologies affect our lives. Even so, we've all seen advances in safety features, driver assistance and automation in the cars we are driving and soon will drive. Ultimately, many new vehicles will have the capability to drive themselves, and that eventuality may occur sooner than many realize.

Most state insurance divisions and departments of motor vehicles have already begun the process of drafting regulations for the inevitability of autonomous vehicles (AVs). Most of these same government organizations seek to encourage the growing use of AVs for many reasons, including:

With such clear benefits attributable to AVs, we can and should expect an ongoing and significant shift away from traditional human piloting of vehicles and towards automation. Still, public attitudes towards AVs remain mixed, with roughly half of Americans indicating they will not ride in fully autonomous vehicles, with women being less trusting of AVs than men. Due to safety concerns surrounding AVs, legislators in some states have shown reluctance to allow a test market for AVs in their district or jurisdiction. Most industry onlookers believe that widespread apprehension concerning this new technology will fade over time as society becomes more familiar with AVs and their benefits.

For insurers, the growing prominence of AVs introduces a whole series of new risks and issues, including:

Changes to the automobile market and to the question of mobility in general will combine to create a very different environment going forward. Fewer vehicles will be purchased as urban residents choose other forms of transportation, including the now prominent Uber and Lyft but also car-share services such as Hui. Residents living in newly constructed, relatively densely populated communities will walk more and ride bicycles rather than buy cars. And finally, the growing pressure to reduce greenhouse gas emissions and to build more sustainable communities will likely lead to significant reductions in traditional automobile ownership and usage.

Although there is much more work to do and many more questions to answer, it is clear that the use of AVs will increase dramatically in the next 10 years or less.

We all need to get ready!