CEO Message: Why Work in Insurance? 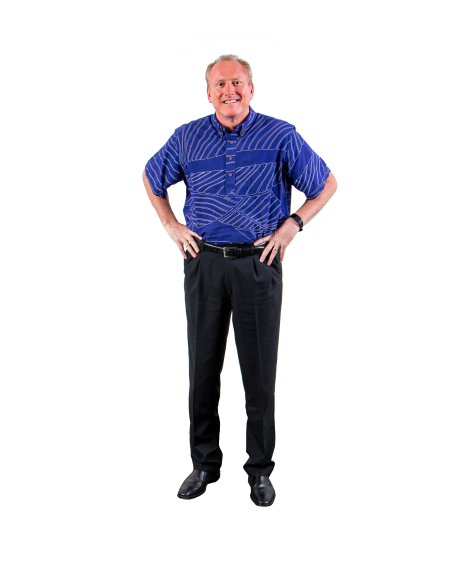 By: Jeff Shonka, President and CEO of First Insurance Company of Hawaii

I have noticed that there is a positive correlation between my tenure in the insurance industry and how often I am asked, “Why did you pick insurance?” In other words, the older I get, the more frequently I am asked why I picked what I did as a career choice. Perhaps those asking this question wonder why anyone would choose an industry as staid and traditional as ours. Or, these same people may wonder why someone like me (who is perceived as having a “plan” for everything) would pick insurance. Well, the truth is I didn’t pick insurance; I fell into it.

In 1985, after finishing college in Iowa, I chose to pursue interviews for my first real job in Los Angeles, California. I decided to move to southern California because, in contrast to Iowa, it was big, exciting, and known for its very good weather. I gave myself a week to find a job, after which time I intended to return to Iowa, grab everything I own, and move to Los Angeles. As it happened, everything I owned fit in the back seat of my aging Toyota Celica. That was my plan, and I remember it well.

In the Los Angeles area, I interviewed for about eight positions, and garnered two offers. The first was with a commercial real estate investment company located in Laguna Beach, while the other was with an insurance company located next to MacArthur Park on Wilshire Boulevard near downtown Los Angeles. I really wanted the first offer with the real estate company. It was a Financial Analyst position, which I knew I would enjoy, and the location near the beach appealed to me. The insurance position was as a reinsurance accountant. Not only was I not very excited about insurance, I didn’t even know what “reinsurance” was. I called my recruiter on my second to last day in Los Angeles, accepted the Laguna Beach position, and decided to celebrate with a good meal and a beer or two.

The next morning, just before leaving for the airport to fly back to Iowa, my recruiter called. The job at the real estate company had fallen through over a recruiter’s fee dispute, and I had two choices. I could accept the job with the insurance company or return to Iowa with no job at all. As you’ve probably guessed by now, I decided to take the insurance job. My new employer was going to be Mission Insurance Company, and I was to start in two weeks. Although I was a little crestfallen over missing out on the other position, I was excited about moving to California and I eventually grew eager to learn more about insurance. So, for me, entering the insurance industry was an accident, or perhaps it was twist of fate. In any case, it turned out to be the best career “choice” possible, and I’ve never regretted it.

My affection for insurance is the result of many attributes. As an accountant, I was intrigued by how much of an insurer’s balance sheet were estimates rather than hard numbers. Losses, for example, are estimated amounts until such time as claims are closed, which may take years. The other interesting characteristic about insurance is that it is the only business I know where the “cost of goods sold” is unknown at the time of sale. Since an insurer never knows whether a policyholder will suffer a loss, it is not known whether the insurer will make money or lose money on any given policy or portfolio of policies at the time of writing. Again, as an accountant and financial analyst, I found, and still find, this to be a very interesting business.

Another reason why I like insurance so much is because I understand the necessity of it and why all advanced societies rely on it. The spreading and sharing of risk allows people and businesses to overcome unforeseen events without the ruinous financial impact that would otherwise occur. Ask anyone who has lost a home due to a fire, or was injured on the job, or was involved in a car accident, or was the victim of an unscrupulous tortfeasor. All of these folks understand the benefits of insurance, and they also understand why all advanced societies need access to insurance.

If my younger self knew how proud I would become to work in this industry, I am fairly certain I would have chosen the insurance job all those years ago…and not left things to chance!