Do I Need UM/UIM Coverage? 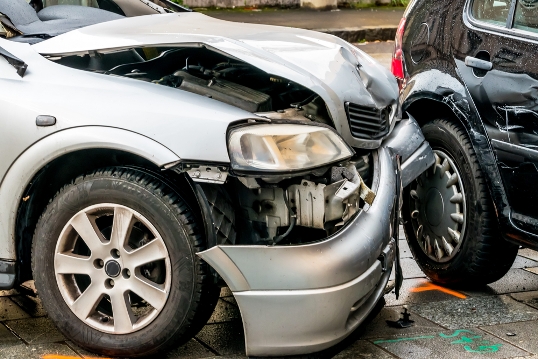 Every year in the United States, more than 6 million crashes are reported to the police. Even if you’re a safe driver, the odds are high that you’ll be involved in one of these crashes at some point. To make sure any resulting medical costs and mechanical repairs are covered, you need the right auto insurance coverage. Here’s why it’s smart to include uninsured motorist/underinsured motorist (UM/UIM) coverage in your auto insurance package.

Hawaii uses a combination of no-fault and at-fault laws.

Injuries are covered using a no-fault system. This means that if you or your passengers are injured in a crash, your insurer will cover the medical costs up to the personal injury protection (PIP) benefits limit. All drivers are required to carry $10,000 in PIP coverage.

If the other driver is at fault and you have serious injuries that exceed the PIP limit, you may be able to sue. All drivers must have $20,000 per person and $40,000 per accident in bodily injury liability coverage.

Property damage is covered using an at-fault system. The driver who caused the accident is responsible for property damage, including damage to the vehicle. All drivers are required to cover $10,000 in property damage liability coverage.

The Impact of Uninsured Drivers

Although all drivers are required to carry PIP and liability coverage, not all drivers do. According to the Insurance Information Institute, 10.6 percent of drivers in Hawaii do not have car insurance. This is actually better than the national rate, but it still means that many drivers don’t have insurance.

If someone hits your car, there’s a more than one in ten chance that the driver won’t have the insurance needed to cover the damages. Furthermore, a lawsuit against the uninsured driver is likely to prove fruitless because many uninsured drivers lack personal savings and assets.

The Impact of Underinsured Drivers

Imagine what would happen if another driver caused a crash that totaled your car. If the driver has the minimum required insurance – which includes $10,000 for property liability – and your car is worth more than $10,000, you’re going to be left with a big gap.

Likewise, what happens if a driver seriously injures you? Medical care is expensive, and the costs could exceed the minimum coverage limits required in Hawaii.

When the at-fault driver does not have enough insurance to cover the costs, underinsured motorist coverage protects you.

Once again, you can decline this important coverage in writing, but you should think twice before doing so.